“Keeping airport users safe is an enormous responsibility that we take to heart. This new and improved fire station will help our dedicated state firefighters and emergency medical responders with their day to day responsibilities, which includes responding to emergencies,” said Ford Fuchigami, Hawaii Department of Transportation Director.

Nearly 87-percent of the $18.8 million total was provided by the Federal Aviation Administration (FAA). The Airports Division provided the remaining $3 million. The new station is fully compliant with FAA requirements.

“We extend our gratitude to the FAA leadership for their support and dedication in bringing these improvements to Hilo,” said Ross Higashi, HDOT Deputy Director of the Airports Division. “We also thank the skilled firefighters and emergency medical responders who rush to an emergency when called upon.”

The exact move in date will be coordinated with HDOT and the contractor to ensure there is no lapse in coverage during the transition to the new facility. 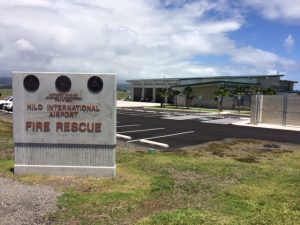 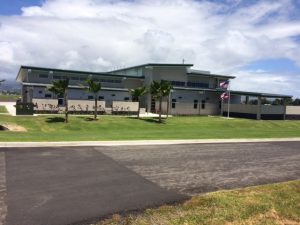 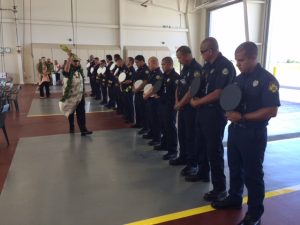 Kahu Kealoha blesses the airport firefighters during the dedication ceremony. 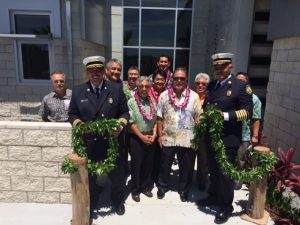