HONOLULU — The Hawaii Department of Transportation (HDOT) advises Oahu motorists of upcoming H-1 Freeway lane striping modifications as part of a demonstration project in the Kaimuki area. Three left lanes will be closed in the eastbound direction on Sunday night, September 7, through Monday morning, September 8, from 9 p.m. to 4 a.m., between the 2nd Avenue Pedestrian Bridge and the 6th Avenue Overpass. One right lane and all ramps will remain open.

HDOT advises motorists to drive with caution through the area while familiarizing themselves with the new lane striping. 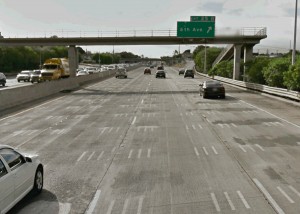 [CURRENT] Existing white lane striping can be more difficult to see atop the white concrete surface. 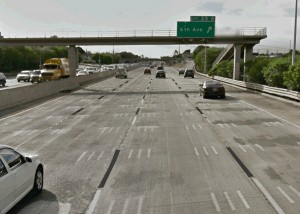 [PROPOSED] In this Artist’s Rendition, the black lane striping will increase contrast between the white stripes and the white concrete, making lanes easier to see.