KONA – The Hawaii Department of Transportation (HDOT) Airports Division marked the start of construction on the Terminal Modernization Project Phase 1 at Ellison Onizuka Kona International Airport at Keahole (KOA) on Wednesday, March 22, 2017. The groundbreaking ceremony kicked off construction of an improved facility that will enhance the customer experience for those traveling to and from Kona.

The $75 million investment will focus on reorganizing the existing layout of the airport in an effort to streamline operations. Improvements will be made to the security screening area, holding rooms, concession area, and restrooms.

More than three million passengers use KOA annually. Currently, the North and South Terminals are operating as two independent terminals, requiring passengers to go through security again when exiting one terminal and entering the other. The renovation will allow passengers to freely move between terminals to promote shopping and dining in the additional retail space that will be created.

Instead of two separate security screening stations, there will be one centralized security area. The new 6-lane passenger screening checkpoint building will expedite the processing of outbound passengers and reduce the time spent in line. Baggage screening will also undergo improvements as the new inline baggage handling system will employ an Explosive Detection System for baggage screening which will improve work efficiency for the Transportation Security Administration (TSA) and airport operations.

Additional features include new restrooms in both the public area before screening and in the terminal areas. The project also includes two covered bag drop areas for added convenience.

“The upgrades to the Ellison Onizuka Kona International Airport are a key component in the statewide Modernization Program,” said Gov. David Y. Ige. “Joining the two terminals will boost the airport’s operational efficiency and will offer permanent solutions that will have lasting benefits for the State of Hawaii for years to come.”

“In December 2016 we were thrilled to welcome international flights from Tokyo back to Kona and we expect passenger volumes to continue to soar,” said Ford Fuchigami, Hawaii Department of Transportation Director. “Our goal is to provide each and every passenger with an enjoyable experience which will leave a positive impression with our visitors and residents.”

The project is scheduled to be completed within two years. The lead contractor is Nan, Inc. and the design team is led by KYA. 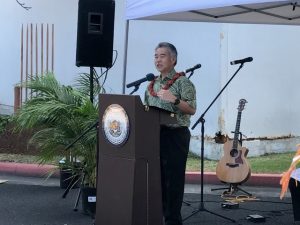 Governor David Ige speaks about the upgrades that will be made at Ellison Onizuka Kona International Airport at Keahole. 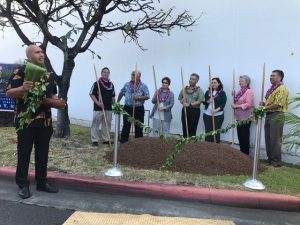 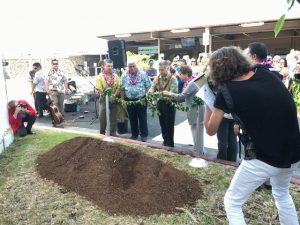