HONOLULU – The Honolulu International Airport served as the staging area for a triennial emergency response exercise this morning. The realistic exercise, conducted as a certification requirement by the Federal Aviation Administration, tests airfield disaster preparedness and response by simulating a full-scale aircraft emergency disaster. The exercise tests and evaluates the operational capacity of emergency response in a stress environment.

“It is important to train for worst case scenarios even as we hope that they never occur,” said Interim Director Ford Fuchigami. “Training, working together and being prepared will make the difference in a crisis situation. We thank all of those who volunteered their time to make this exercise a success.”

Flight operations continued as normal during the exercise. 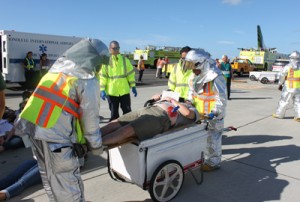 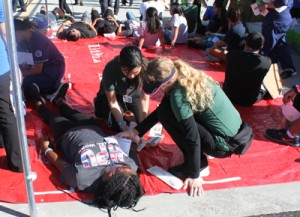