The facility, which uses four generators running on biofuels to provide up to 10 megawatts of power, was built by and is owned by the State of Hawaii. During non-emergencies, the EPF is operated by Hawaiian Electric to provide electricity to the grid. In an emergency, it can be operated in “islanded” mode to provide backup power for the airport, even if the rest of the island’s power grid is damaged.

Final testing of the facility was completed in June and the plant began providing electricity to the grid last weekend. Hawaiian Electric pays the Airports Division for its use and also pays for the maintenance of the generators.

“Continuing operations at the Daniel K. Inouye International Airport during and after a catastrophic event is critical for the state. The new Emergency Power Facility will be able to provide backup electricity to the airport during a power outage,” said Ford Fuchigami, Hawaii Department of Transportation director. “The EPF is better for the environment since it works on biofuels instead of fossil fuels, further adding to its benefit.”

The power plant was designed to withstand a Category 5 hurricane and a 2,500-year recurrence earthquake. It can also use jet fuel in a protracted emergency.

“This is a great example of a public-private partnership that provides benefits to our community and to the tourism industry,” said Ron Cox, senior vice president of operations for Hawaiian Electric. “These new, efficient generators are a cost-effective addition to the resources available to meet the island’s energy needs.”

This dual-operating arrangement that utilizes biofuels is believed to be the first of its kind at a major U.S. airport. Principal construction of the $23-million facility was completed in 2014, followed by interconnection work and the installation and testing of control systems.

NOTE TO EDITORS: Video b-roll is available upon request. 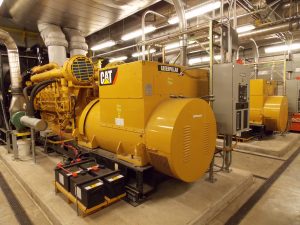 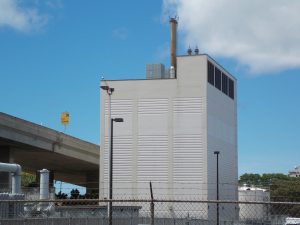 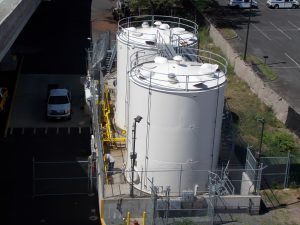 To view a copy of the news release, please click here.