KAHULUI – The Hawaii Department of Transportation (HDOT) held a blessing ceremony on Sunday, April 15, 2018 in anticipation of the opening of the latest phase of the Honoapiilani Highway Realignment, Phase 1B-2. Phase 1B-2 constructed 2.7 miles of road from the end of Phase 1B-1 at Hokiokio Place to the realignment’s southern terminus in Olowalu.

The newly realigned highway moves the main route into West Maui farther inland. The existing Honoapiilani Highway in Olowalu has been affected by shoreline erosion and was identified for sea level rise mitigations in the 2003 Statewide Highway Shoreline Protection Study (an updated report will be released in Summer 2019) and the Hawaiʻi Sea Level Rise Vulnerability and Adaptation Report by the Hawaiʻi Climate Change Mitigation and Adaptation Commission.

A diagram showing the temporary closure is available here. 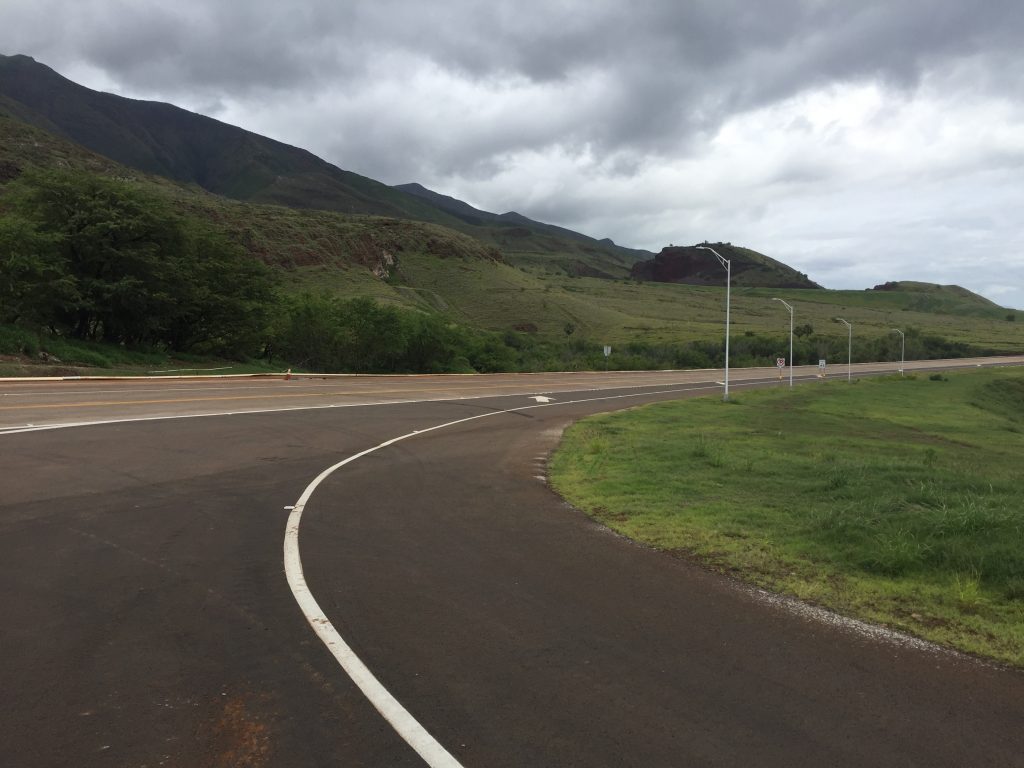 Realigned Honoapiilani Highway Phase 1B-2 from the Southern Connector Road. 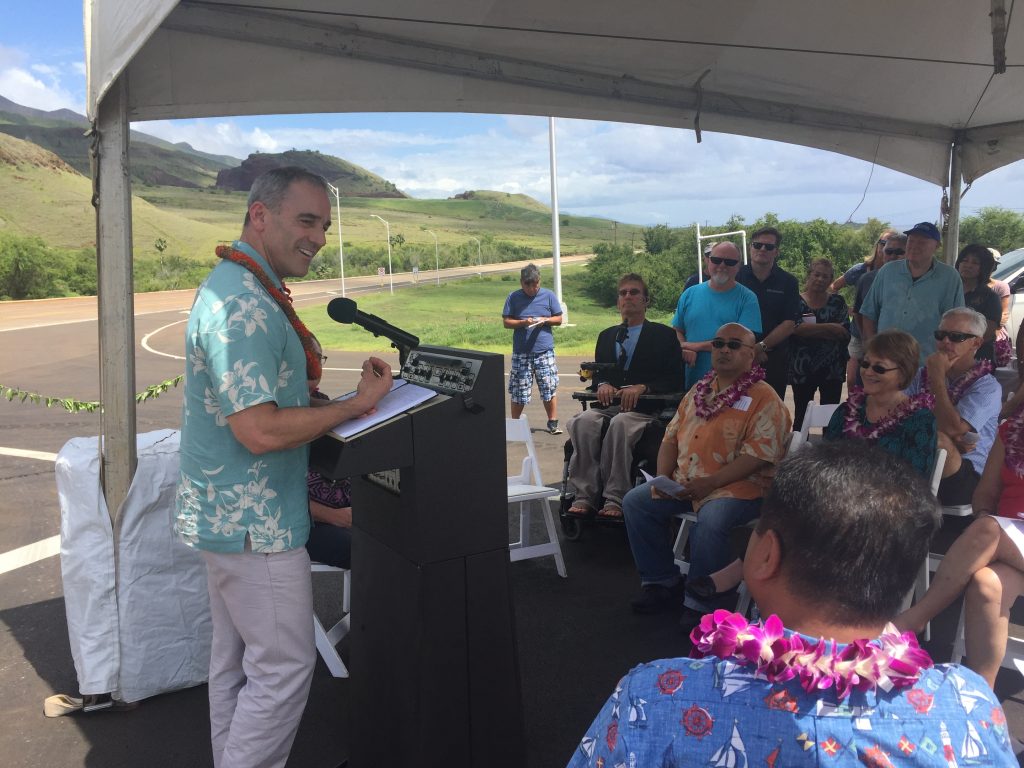 FHWA Director of Field Services West, Peter Osborn, delivers remarks on the innovations that made the delivery of this latest phase possible within 22 months.

Kahu Marcelo Bustillos leads the blessing of Phase 1B-2 with the hope that those who will be travelling the new road have a safe journey.