The following list of roads are under the jurisdiction of the Highways Division.  This is not a complete list as there are smaller roads and parcels that are not listed.  If your complaint is submitted to our Department for a facility not under our jurisdiction, it will be forwarded to the proper entity.  For additional information please contact the Maui District Office. 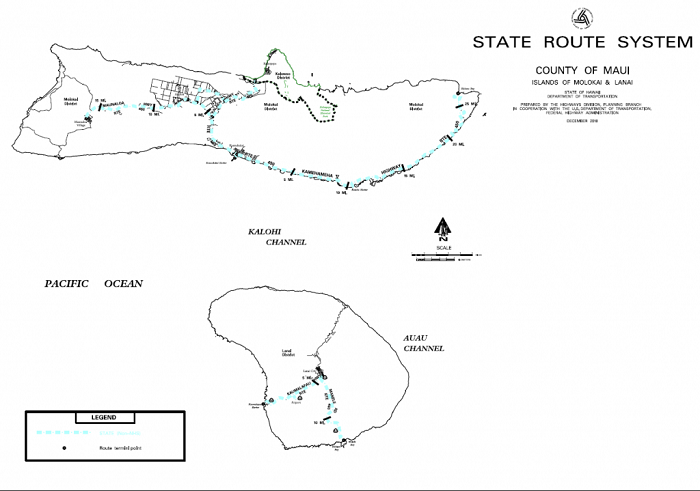